Published by Nickajay on October 3, 2020

Realme has recently (September 21) launched Realme UI 2.0 its custom skin based on the Android 11 update. It is one of the first custom skins officially released within a few days from the official release of Android 11. The new skin comes with tons of new features and customizations.

Realme will start the release of Realme UI2.0 based on Android 11 with X50 Pro from September 24. But this will be the Beta version that users will get. Realme said it is looking for an October timetable to launch the stable channel Realme UI 2.0. More devices will be added to the rollout plan. 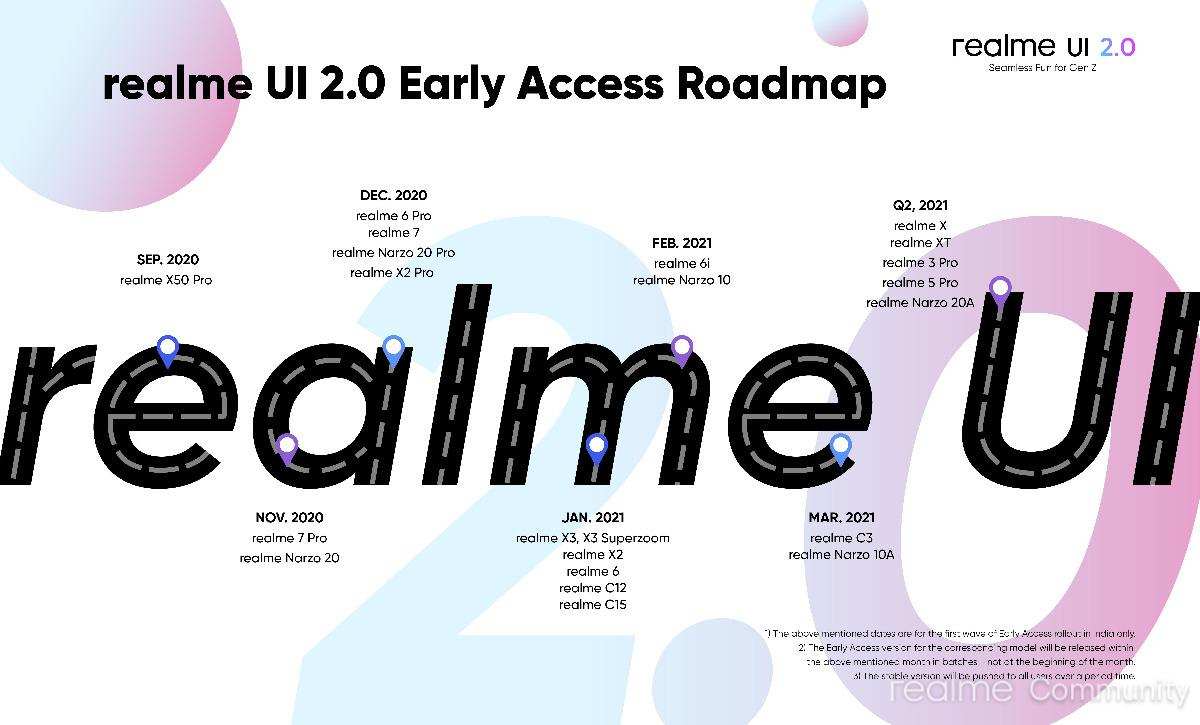 Also Read : How to Install MIUI12 on Redmi Note 5 Pro

Others that are eligible for the Realme UI 2.0 update (by virtue of a second OS upgrade) but may miss out include the Realme C2, Realme C2 (2020), and Realme C2s. But as noted at the beginning, this isn’t the final Realme Android 11 update roadmap, so expect changes at some point.

Also, we don’t have an expected timeline, but looking at what went down with the ongoing Realme UI 1.0 update, it’s safe to assume the first Realme UI 2.0 stable update may arrive late this year or early 2021

OnePlus rolled out OxygenOS updates for the OnePlus 7 and OnePlus 7T series earlier this month, featuring September 2020 security patches and a few other changes. Now, the company is rolling yet another update for the devices that addresses Read more…

One Plus Tech News tutorials

OnePlus just unveiled the OnePlus 8T and OxygenOS 11 Canvas AOD wallpaper and  it is already getting a new software update with the OxygenOS 11.0.1.2. It comes with the missing Canvas wallpaper Always-on display feature. Read more…

The suggested alternative is a stripped-down Google Maps feature. Google will discontinue its emergency location sharing app Trusted Contacts in December, and has already yanked it from the Google Play Store. Instead, it’s directing existing users to Read more…